What's the disconnect between victims feeling overlooked and a government surprised to hear there are still victims?

Referencing the Mabus Report, also a presidential commission, which addresses the chronic Gulf marine and coastal issues, “Finally, no authority will succeed without the confidence and support of the citizens of the region. Leaders of restoration efforts emphasize the importance of gaining the support of those most directly affected by restoration projects. Local citizen support is important for several reasons: it can reduce delay of projects due to litigation or other opposition; it contributes to political support for overall goals and funding, in the short and long term; and it contributes to overall trust in government, which results in support for local projects. Any structure should therefore include a citizens’ advisory council to provide formal advice and a direct line to citizens’ concerns.”

This resulted in the Gulf Coast Ecosystem Restoration Council, to restore the long-term health of the valuable natural ecosystem and economy of the Gulf Coast region. It consists of governors, the Secretaries of the U.S. Departments of Agriculture, the Army, Commerce, Homeland Security, and the Interior, and the Administrator of the U.S. Environmental Protection Agency. No citizens’ advisory council to provide formal advice and a direct line to citizens’ concerns was ever formed.

Federal responders improved their relationship with state and local officials as the response progressed—but had better coordination and communication existed sooner, that relationship could have been more productive in the early days of the spill response. Moreover, increased citizen involvement before a spill occurs could create better mechanisms to utilize local citizens in response efforts, provide an additional layer of review to prevent industry and government complacency, and increase public trust in response operations.

“The long-term health impacts of oil spills remain largely uncertain”. “Because no biological specimens were taken at the outset of the response, the study of future health effects will be constrained by a lack of baseline data. No biological samples were taken from cleanup workers before or immediately after their exposure to oil. More generally, given the unreliability of surveillance in the days and weeks after the spill, the quality of any baseline data for studies on long-term health effects was compromised.” “However, the focus on long-term research cannot overshadow the need to provide immediate medical assistance to affected communities, which have suffered from limited access to healthcare services.”

Yet millions, if not billions, was funded to establish the Gulf Study and the GoMRI research which both exclusively focus on long-term health effects, ignoring the need for immediate medical assistance, and did not bother to establish a direct pipeline to the citizens. 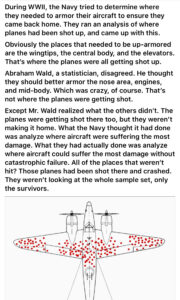 The GuLF STUDY was launched to monitor the health of a control group of participants who worked on the spill. The findings from the study may influence long-term public health responses in Gulf communities or responses to other oil spills in the future.

Albeit a Community Advisory Group was formed, it was merely to provide advice on recruitment, study implementation, retention, and outreach efforts. No citizens’ advisory council to provide formal advice and a direct line to citizens’ concerns was ever formed.

As predicted by the Presidential Commission, we, the citizens of our region, ARE NOT confident in the authorities vested with the responsibilities to monitor and report on our health, restore the Gulf Coast Region in a balanced manner, and serve justice because we have been overlooked. We assert our rights as citizens to organize and monitor the performances these groups and insist they hear the voice of the population most effected by an oil spill so that we can strive to survive now, and prevent the unnecessary suffering in the future through effective processes.